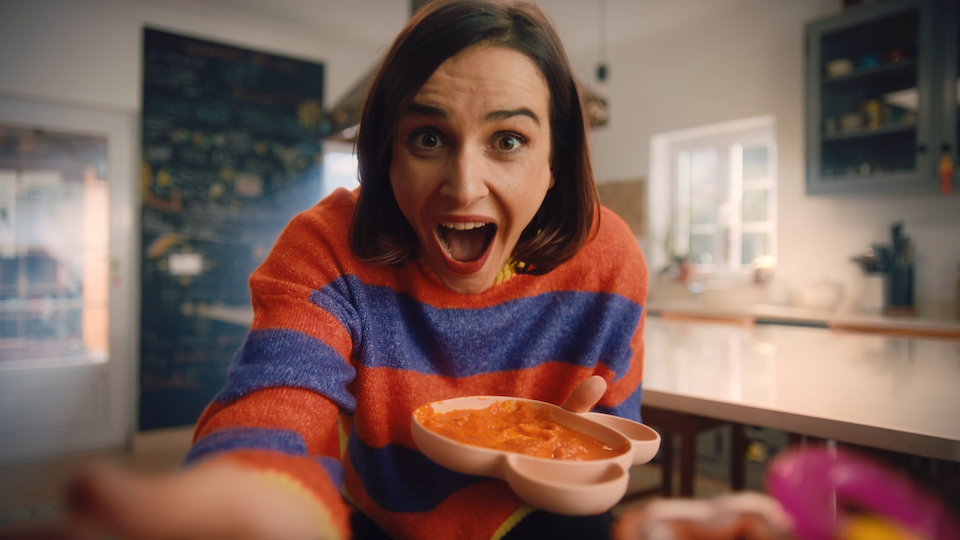 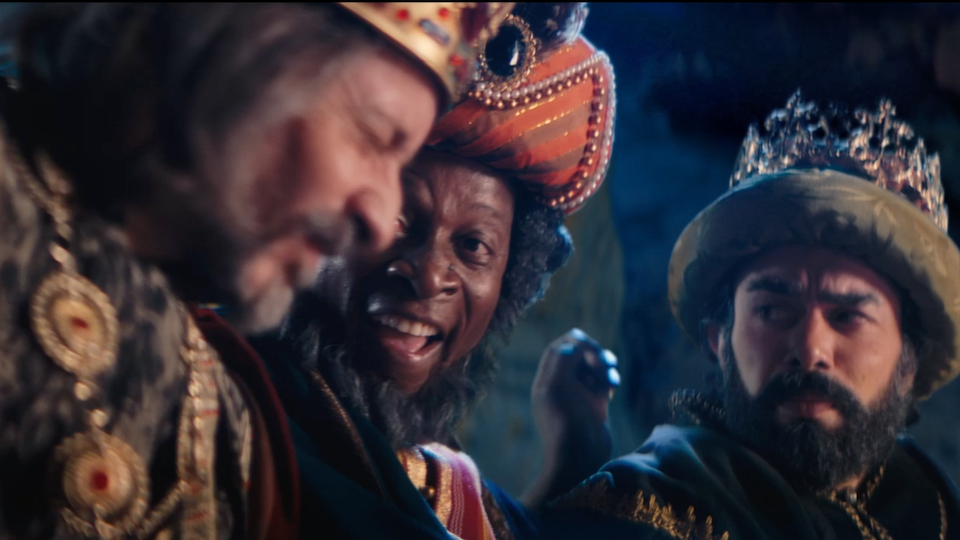 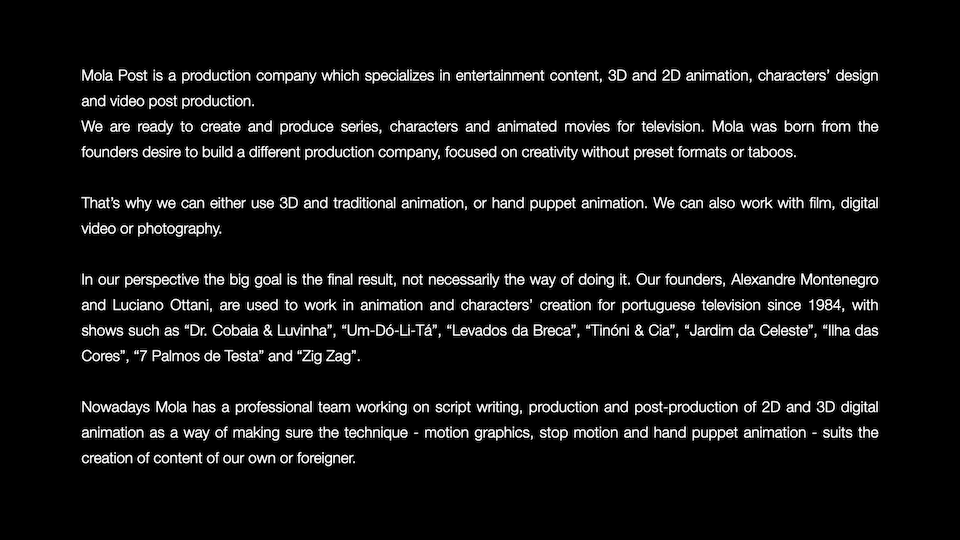 Mola Post is a production company which specializes in entertainment content, 3D and 2D animation, characters’ design and video post production. We are ready to create and produce series, characters and animated movies for television. Mola was born from the founders desire to build a different production company, focused on creativity without preset formats or taboos. That’s why we can either use 3D and traditional animation, or hand puppet animation. We can also work with film, digital video or photography. In our perspective the big goal is the final result, not necessarily the way of doing it. Our founders, Alexandre Montenegro and Luciano Ottani, are used to work in animation and characters’ creation for portuguese television since 1984, with shows such as “Dr. Cobaia & Luvinha”, “Um-Dó-Li-Tá”, “Levados da Breca”, “Tinóni & Cia”, “Jardim da Celeste”, “Ilha das Cores”, “7 Palmos de Testa” and “Zig Zag”. Nowadays Mola has a professional team working on script writing, production and post-production of 2D and 3D digital animation as a way of making sure the technique - motion graphics, stop motion and hand puppet animation - suits the creation of content of our own or foreigner.